Nice to meet you here!

Thanks for stopping by! My name’s Paolo Rubini and I’m a professional photographer based in Vancouver, Canada. If you like my work then don’t hesitate to reach out. 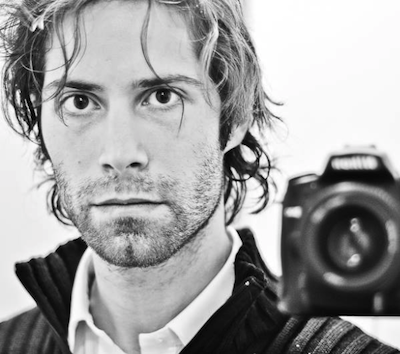 My Kind of Photography

Paolo developed his passion for photography while travelling through different countries throughout his early twenties. Fascinated by the opportunity to capture elements of different cultures – or moments of unusual beauty hidden in everyday life – he later was inspired to move toward a more personal and intimate perspective of reality. With this approach, he started to explore the possibility of composing images with a deeper conceptual impact, whilst reflecting his own emotional landscapes and visual art influences more clearly.

His current work explores the relationships human beings form with their environments, and the usage of panning techniques and long exposure to capture time, motion and urban feelings.

When travelling Paolo still enjoys capture the essence of different cultures with a photo-journalistic approach that borrow from the aesthetic of the film photo-reporter Masters of the past century.

Rubini is currently a featured artist of Time Frame Gallery and has been previously in the roster of Fast Frames and Davie Art.

His latest projects were exhibition in Vancouver and include “Stillness in Motion”,  “At the seaside”, “Pulse with life” and “Light paints”.

His current, ongoing project “Hands On” has been selected by Capture Photography Festival, 2019.

What People Say About Me

Vancouver
““Paolo Rubini’s natural composition and use of dramatic black and white enhances his way of seeing things. There is so much going on in many of his images it takes a connoisseur to drink it all in.” ”

New York City
““Paolo Rubini’s reading of reality through his sharp black and white photography offers a fascinating tool to explore the timeless contrast between life’s opposite forces: motion and stillness.” ”

Vancouver
“We feature iconic pictures of downtown Vancouver here at Time Frame Gallery. I love the contrast of the night sky and city lights and all the colours that Paolo was able to get in his photos. I also like the composition of his black and white pictures part of the series "At the seaside".”